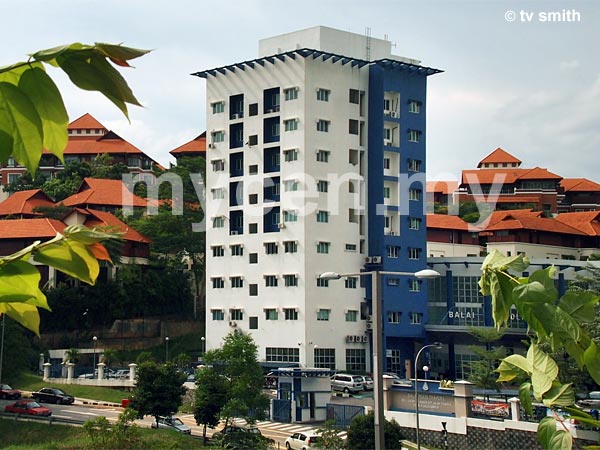 Info: Like its neighbour, the iconic Muzium Negara (National Museum), the old Travers Police Station became the last couple of remaining landmarks still standing on this stretch. The giant railway yard opposite the police station had long been transformed into the massive KL Sentral. Recently, part of the compound of the police station made way for road widening at the entrance of Jalan Mahameru.

But just before that, Balai Polis Travers had already moved to new and bigger premises on the slope of nearby Jalan Selangor. The new police station remains under the jurisdiction of IPD Brickfields (which itself had moved to Sri Petaling, albeit temporarily).

See other featured Police Stations or use Search to locate another balai polis.